Worship Service at 10:15 am every Sunday Details

Reverend Johnson fondly known as “Rev Steph” came to St. Paul’s as the Rector in 2016, after serving as Assistant Rector/Minister for Family and Youth Formation at St. Paul’s in Fairfield. As rector, Reverend Johnson oversees both the church and the St. Paul’s day school, in collaboration with the vestry.

Reverend Johnson worked for the Episcopal Bishops of New England providing support to 7 dioceses with nearly 600 congregations in responding to climate change. In this position, she designed and launched an outreach campaign called “Turn off the lights, for God’s sake.”

Reverend Johnson is the co-chair of the Episcopal Church in Connecticut Liturgical Commission. She has also been a summer chaplain at Camp Washington and workshop leader at Jerusalem Peacebuilders, an interfaith youth program. She is the President of the Greenwich Clergy Fellowship and a member of the Greenwich Board of Ethics.

Reverend Johnson won the 2011 St. Francis Philanthropic Award for Preaching on Creation Care from Earth Ministries in Seattle. She is on the Leadership Circle for Blessed Tomorrow and the Advisory Board at the Center for Earth Ethics at Union Theological Seminary. She is the author of “How Can I Care for Creation” published by Church Publishing. She has served as Chair/Co-chair on the Episcopal Church’s Task Force for Care of Creation and Environmental Racism for the past seven years

In addition to a Master of Sacred Theology and a Master of Divinity, both from Yale Divinity School, Reverend Johnson also holds an undergraduate degree from Fordham University and a Graduate Diploma from the University of Stockholm, Sweden.

Stephanie was ordained an deacon and priest in 2010 at the Cathedral of St. John the Divine in the Diocese of NY, where she is originally from. She lives with her husband of 32 years, Gordon and their rescue pit bull, Tessa. Their two adult children are the joy of their hearts. 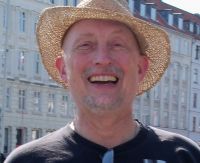 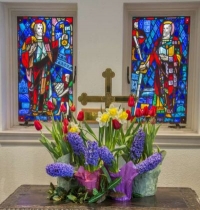 Welcome Clergy and Staff Who We Are
View Entire Post

Join our live service or see past services: