Our First Liturgy of the Word Service - June 21st 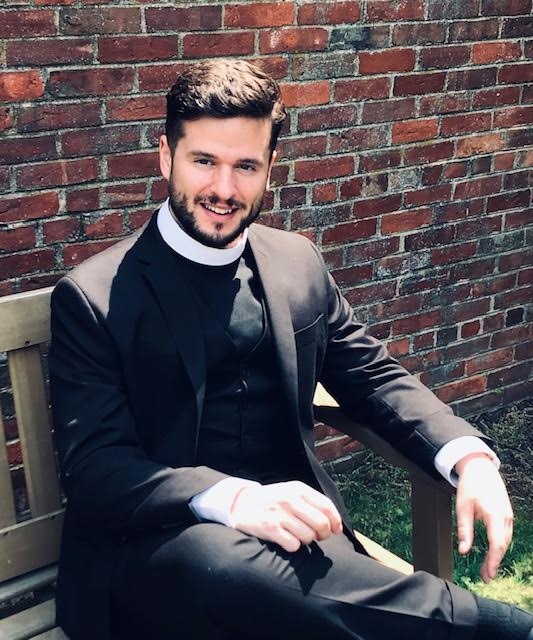 Since the Pandemic has brought about widespread restrictions, St. Paul’s has been offering services of Morning Prayer via YouTube, either recorded or live, Sunday in and Sunday out. As many of you already know, this has been a large undertaking for the Parish, as we and many Episcopal parishes were not poised for such a large digital presence! Through the efforts of clergy and staff, parishioners were able to remain tethered to corporate worship and community in the midst of several very trying months.

St. Paul’s will be having its first in-person worship service since March 8th on Sunday, June 21st at 10:15AM. As you know from a previous parish-wide letter, Summer services will be taking place in the Meadow (weather permitting) each Sunday at 10:15AM. All who are comfortable worshipping in person again are welcome to attend these services. For those who are unable or not comfortable attending in-person outdoor worship, all of these services will either be recorded or live-streamed onto Youtube each Sunday.

We will be switching from services of Morning Prayer to services of The Liturgy of the Word. This form of liturgy is often referred to as “Ante-Communion”. As the root word suggests, this form of liturgy includes everything before the time of Holy Communion. Since the 1979 Prayerbook, the Episcopal Church by and large has more often than not centered worship around the Eucharist. As some of you may or may not know, this is a relatively new thing for the denomination. In the past, many churches offered the sacrament of the Lord’s Supper as little as twice a year in some locales! In previous decades and centuries churches within the Anglican communion almost always held services of Morning Prayer or Ante-Communion on Sunday mornings. In the past, the Sermon was interestingly often looked to as the climatic time of the service, and many churches throughout the world showcased pulpits front and center in chancels and naives. It has only been since the Tractarian or Oxford Movements of the early-to-mid 19th century that Anglican churches began to consider liturgical rites centered around the Eucharist— thus reclaiming a pre-reformation footing and outlook in some churches.

In so many ways these last several months have necessitated a bit of a look into our deeply Protestant past and roots. Episcopalians often joke that their denomination is “Catholic lite”. In so many ways we have pushed aside or even whole scale forgotten our very reformed Protestant identity. Since March we and many Episcopal Parishes have been embracing a very longstanding tradition within our denomination of Morning Prayer, song, and Sermons. I am aware that some in the parish have preferred this style of worship while others have grown tired of it. I am calling on each of us together to continue to think on our time together as one of several liturgical expressions which exist within the Anglican Communion. It is important to remember that it is not just the Eucharist which unites us and shapes our identity, but it is our Common Prayer.

I hope to see many of you at out first Liturgy of the Word service on June 21st at 10:15AM.

May God’s power working within us do infinitely more than we can ask or imagine.

Children are always welcome in church.
Optional childcare available during the 10:15 service.

September through May, most Sundays feature Christian Education Formation (Sunday School) for pre-school through fifth grade, at 10 a.m.