Worship Service at 8 am and 10:15 am every Sunday Details 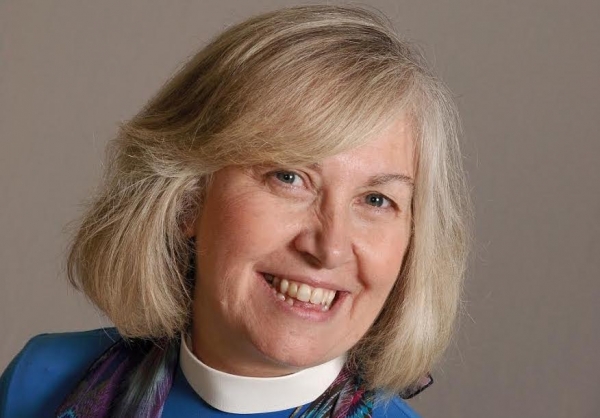 Twenty years ago as part of my church group, I volunteered at St. Paul’s Chapel at Ground Zero. Many people asked me what I did there, so a few weeks after I wrote this reflection. I hadn’t thought about this in years. However, this past Monday as I was cleaning out files, I found a copy which had been published in my hometown paper for the 2001 Christmas column. I suppose this was a sign that it was meant to be shared again. Now 20 years later, I am reminded yet again that even in the midst of unspeakable tragedy when we may feel helpless, we are invited to be present to others and to God- to pray, to cry, to love and to hope. May it be so.

Arriving early Friday morning I noticed an acrid smell as we came up the empty subway steps, smoke permeated the air. We were escorted by the National Guard through a barricade to St. Paul’s Church. All of us were astonished at the stillness of Manhattan normally teeming with rush hour bustle. Ten of us were assigned to food preparation for the recovery workers. We met at Café Boule to help with preparation of the 20,000 daily meals for the recovery workers. My job was cutting three hundred heads of lettuce and countless pounds of cucumbers. We were a diverse group reflective of NYC at its best - an assistant DA, a Broadway actress, a salesman, a student and me, a stay-at home mom. We shared our 9/11 stories and hopes for the future of our beloved City. We became a community.

Across the River, yet another funeral was held for a firefighter who gave his life for others. His family, friends and fellow firefighters wept.

Returning to the Church, we kept water coolers filled. We joked with the National Guard about the number of Red Bulls necessary to keep them going. We urged the dust covered, exhausted police officers to get the massages offered at the back of the church. We lit candles at the altar to show that God’s love still shone. We offered rescue workers eye drops for burning eyes filled with soot and cough drops for scratchy throats.

At Ground Zero, the fires flared up as oxygen fed the fire on the rubble. The workers continued to search for bodies.

I did nothing but smile.

I asked Bishop Roskam, New York’s assistant bishop, who was also volunteering if she would pray for my mother’s cousin Eileen who was on the 99th floor. The Bishop consoled me with the image of gold winged angels coming down from heave to sweep up the souls of Eileen and the other thousands of people who died at the WTC. They were carried to the loving welcoming arms of God. I kept that image in my heart for those we lost in the USA and now a month after September 11 for those who are dying in Afghanistan.

The clergy went down to Ground Zero with Chaplains blazed across their hard hats. They walked over the rubble of New York City’s economy and over the remains of our friends and family as they sought to offer words of God’s love to the workers laboring on the heap of destruction once seen as a beacon of American power and wealth.

I did nothing but pray.

I spoke quietly to another volunteer about Eileen’s funeral which was to be the next day. Together we sought out a police officer who opened the barricade so we could get closer to the burning rubble. This kind stranger held my hand as we walked first south then west closer to the horror. Somehow I had imagined that being closer would give me a better sense, to help me understand something that was incomprehensible. Yet as we made our way I felt like I stopped breathing. I began to sob as I saw the stark reality of what hatred can cause. I turned back.

As the fires continued unabated, firefighters surrounded by the remains of their brother firefighter, struggled to keep the flames down on that hot September day.

I did nothing but cry.

Back at the church we finished up our tasks of offering coffee, fresh sheets and more food. Another shift of volunteers arrived to take our place for the overnight hours. A National Guardsman thanked us for our time and said “Remember if you see me or my other Guardsmen at the airport we are there to keep you safe.”

In the massive pile of buildings, the crane operators continued their 12 hour shifts as they cleared away part of New York City’s history to make room for our future in the midst of our grief.

I did nothing but hope.

Join our live service or see past services: